What is Augmented Reality? Quick and Complete Guide

What is Augmented Reality? Quick and Complete Guide

Over the past few years, the augmented reality market has continued its meteoric rise as a mainstream technology. With applications in tourism, healthcare sector, production, augmented reality navigation system for cars, and Google’s AR-enabled Maps update, augmented reality (AR) is pushing the boundaries of what is possible into new and powerful directions.

The History of Augmented Reality (AR)

From the high-tech Augmented Reality (AR) interactivity of movies such as Iron Man and Minority Report to the mobile games revolution of Pokémon Go and 2018’s Harry Potter: Hogwarts Mystery gaming sensation, it’s safe to say that you have already encountered augmented reality in some form.

Wikipedia defines Augmented Reality (AR) as an interactive experience of the real-world environment in which objects residing in the real world are enhanced using the perceptual information generated by the computer. Cambridge Dictionary defines AR as the images that are computer generated and used together with a view of the real world.

The journey of Augmented Reality started in 1968 by Sutherland. Started with an application in the construction world, AR flourished to another level. Augmented Reality (AR) is a technology that offers an interactive experience of a real-world environment. AR enhances the real-world objects by computer-generated perceptual information. 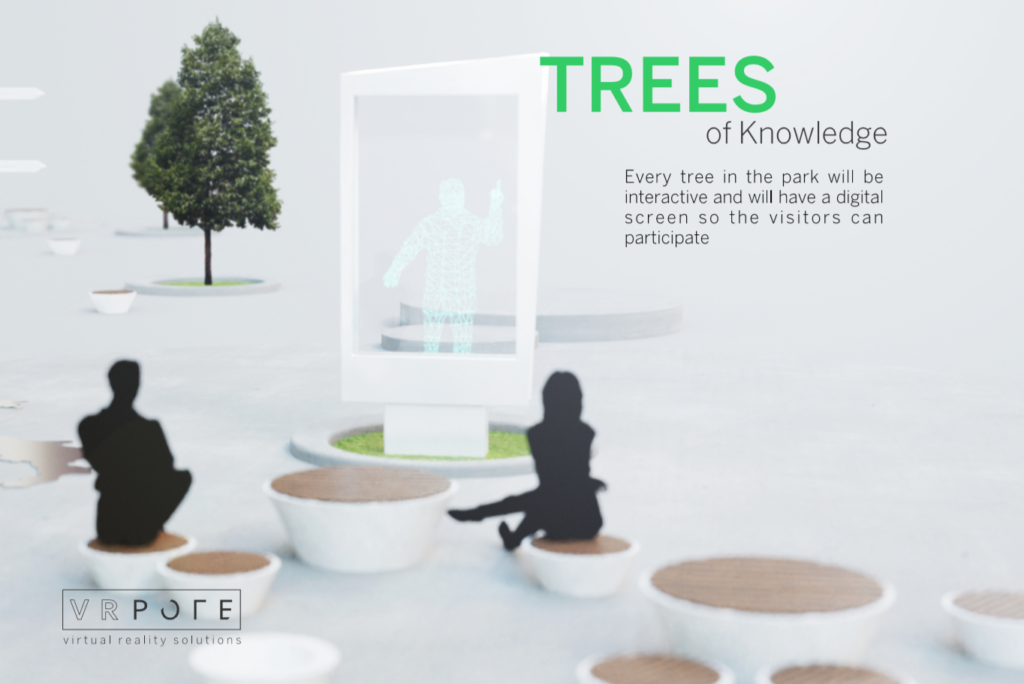 One of VRPOLE’s major AR projects – The Digital Europa Park in Athens Greece.

Want to Know How it Works?

The process of AR starts with computer understanding that what is going around in the user environment. This is done using the content of the camera feed. AR then adds the digital details to the real world. In simple words, this platform adds layers of information on the real-world objects by projecting graphics on the same.

In simple words, AR overlays a projected image or object to layer the real world view of the user. The AR generated display can be seen on devices such as mobile phones, glasses, screens, handheld devices along and head-mounted displays. Gradually, future advancements may reach a level where AR will be used in the contact lens or even a virtual retinal display.

Augmented reality has exceeded expectations with a proven journey of evolution through years. The estimated increase, over this period of time, ranges roughly from 3.5 billion (2017.) to more than 198 billion U.S dollars (2025.). By 2023, we would have made enough progress to see AR reach $94.4 billion, with high demand for AR & VR in the Retail & E-Commerce Sector.

Where can we use AR?

Here we will list a few industries that have already used AR as a tool for their development. We didn’t mention Tourism industry and Culture&Heritage industry because those are our main industries in which we operate, so we can’t be objective in describing those industries as the best for AR.

First is defenetly gaming industry. When you hear AR and gaming in a single sentence, our minds instantly go to Pokemon Go. Just so you know, the game has been downloaded over one billion times by now and is estimated to reach a revenue of $1.2 billion. Not only that, the overall AR gaming industry shows a compound annual growth rate (CAGR) of 152.7% for the forecasted period 2017–2023.

Have an amazing AR game idea? Talk to our team to create the next great AR game.

One other industry that is booming because of AR is E-Commerce Industry. You would be surprised how convenient and interesting shopping becomes with Augmented reality. A survey revealed that 32% of consumers preferred using augmented reality when they shop and 73% reported high levels of satisfaction. If you’re in ecommerce, building an AR shopping experience is a must.

But hurry, you don’t won’t to be late on the latest AR train. In the next three months, 53% of consumers may become more interested in using augmented reality for shopping and 71% of shoppers would prefer to go to stores that offer AR experiences.

One other industry that comes to mind when we talk about AR is Automotive industry. Just as AR has become an integral part of mobile experiences, it will soon become essential in cars as well. In-car AR was one of the biggest trends in 2019 with Nvidia’s DriveAR platform being the highlight.They used a dashboard-mounted display overlaying graphics on camera footage from around the car, pointing out everything from hazards to historic landmarks along the way. Following their example, Audi, Mercedes-Benz, Tesla, Toyota, Volvo — all automotive giants — have signed up to work with the technology. And when something becomes a trend in the automotive industry, you can be sure it will develop rapidly in all other branches.

Healthcare industry consider augmented reality an essential tool for it’s development. AR shows great potential in curing phobias, and it has become one of the most popular forms of therapy that is practiced worldwide to treat different phobias. In a study conducted by Mindshare, it was found that the area in our brain dedicated for encoding memory generates three times more activity from AR content than it generates from non-AR content. So yes, there is a scientific basis for the fact that AR is more stimulating and engaging than traditional media content.

And of course, the numbers. Among other opportunities introduced by augmented reality, the healthcare sector is well benefited by AR, with rising demand in innovative diagnostic techniques, neurological disorders treatment, and increasing disease awareness. AR/VR combined in Healthcare market will reach USD 7.05 billion by 2026.

We can’t talk about AR, and not mention Education. There are many who want to study but may not find studying interesting. AR in education is a revolutionary Augmented Reality that has also helped the people and students to learn and understand their surroundings. For example, The British Museum uses AR technology to help children and people understand their statues. This AR apps uses a Samsung tablet and introduces a game which can be played by the children.

And last but not least – the marketing industry. 67% of executives in advertising agencies say they look forward to using AR more. Among those, 29% of these have served clients by creating AR digital campaigns. One winning argument for using AR in marketing is that it proves a solid approach to prevent people from blocking ads.

In a research report conducted by Deloitte on companies generating revenue between $100 million to $1 billion, it was found that most of them were inclined towards experimenting with AR in various forms to increase business growth. Mobile AR has the potential to generate $2 billion revenue in the next 2 years, much of which is expected to come from Snapchat and Facebook advertising.

But don’t let the big numbers scare you. Augmented reality is for everybody and AR digital marketing campaigns can be done with almost every budget!

Don’t believe us? Contact us and try it for yourself. 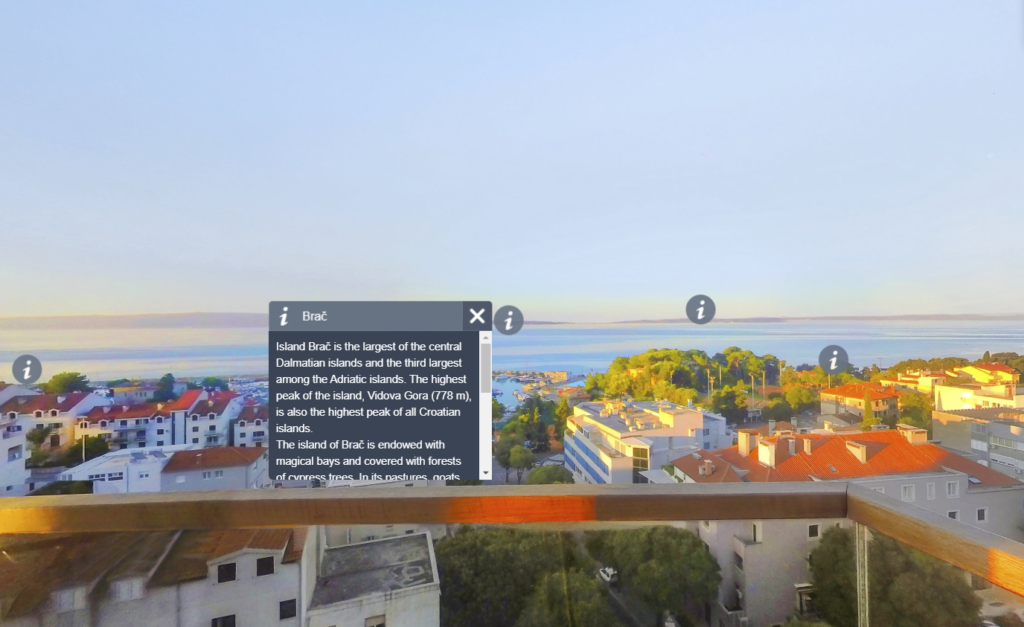 A sneak peek from our AR project that VRPOLE has done in the Tourism Industry.

What about the future of AR?

It’s 2020 and AR technology is developing quickly while the costs associated are dropping. These things are evolving faster than ever before, which means accessibility to many is coming. With open source technological innovations in augmented reality, it may be accessible soon. You can be sure that we will see augmented reality on everything from billboards to paper cups.

So if you are still thinking of investing in this technology, it would be a high yielding idea.

Now that you know almost everything there is to know about Augmented Reality, feel free to contact us and find out how we can help grow your business with AR.

If you are a developer or recruiter, or just  looking on How to Hire a Great Augmented Reality Developer we recommend reading the text from toptal.com on this link.

This website uses cookies to improve your experience while you navigate through the website. Out of these cookies, the cookies that are categorized as necessary are stored on your browser as they are essential for the working of basic functionalities of the website. We also use third-party cookies that help us analyze and understand how you use this website. These cookies will be stored in your browser only with your consent. You also have the option to opt-out of these cookies. But opting out of some of these cookies may have an effect on your browsing experience.
Necessary Always Enabled
Necessary cookies are absolutely essential for the website to function properly. This category only includes cookies that ensures basic functionalities and security features of the website. These cookies do not store any personal information.
Non-necessary
Any cookies that may not be particularly necessary for the website to function and is used specifically to collect user personal data via analytics, ads, other embedded contents are termed as non-necessary cookies. It is mandatory to procure user consent prior to running these cookies on your website.
SAVE & ACCEPT